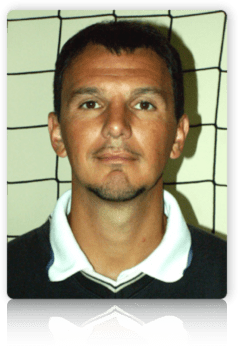 After finishing his university studies in 1996 he becomes assistant coach for the NK Lucko (second division). This season 96/97 they win the Croatian League. He was responsible for the technical and tactical strategies and the physical preparation of the players for the analysis and the preparation of the goals in short and long term.

Season 2000/02
Manager of the gymnasium Inter Gym where he is responsible for the individual preparation of elite football players, some of them belong to the team Málaga CF.

Season 2002/06
The high performance football training centre Marpafut in Marbella, Málaga hires him as coach and director of the football academy Marbella Paraiso CF. He participates as creating member and founder of the same. Further, he makes and controls the training sessions and he is responsible for the accomplishment of the technical organisation chart of the Academy.

To mention the following assignments:

Planning of the goals for the season.
Planning and coordination of the training sessions.
Writing of sport nutrition reports.
Planning of the physical preparation of the players.
Analysis of the improvement of each player in the technical and tactical aspect.
Responsible of analysing professional teams like: Bayern Munich, Middlesborough, National Team Cameroon, Dinamo Kiev, Lokomotiv Moscow, Brondby, Shaktar…

He answers in his analytical research to: forms of training, comparisons between the different models of each country, methodology used by the most important coaches/teams of Europe…

He organises and runs next to the Spanish International ex football player, Mr. Adolfo Aldana training camps for children of all ages during the summer since 2004. It is one of the most important courses on National level thanks to the intervention of famous names like: Fabio Capello, Vicente del Bosque, Donato, Fran, Santiago Aragón, Julio Llorente, Fernando Sanz… The management and organisation of this campus contributes not only to the experience of the youngsters but also of the educational and technical team, which is something very valued and recognised by all children, parents, technicians, collaborating entities and vistors.

This website uses cookies to improve your experience while you navigate through the website. Out of these, the cookies that are categorized as necessary are stored on your browser as they are essential for the working of basic functionalities of the website. We also use third-party cookies that help us analyze and understand how you use this website. These cookies will be stored in your browser only with your consent. You also have the option to opt-out of these cookies. But opting out of some of these cookies may affect your browsing experience.
Necessary Siempre activado
Necessary cookies are absolutely essential for the website to function properly. This category only includes cookies that ensures basic functionalities and security features of the website. These cookies do not store any personal information.
Non-necessary
Any cookies that may not be particularly necessary for the website to function and is used specifically to collect user personal data via analytics, ads, other embedded contents are termed as non-necessary cookies. It is mandatory to procure user consent prior to running these cookies on your website.
GUARDAR Y ACEPTAR